Enjoy the best full day private Sydney Sightseeing tour around. Discover the Sydney Opera House, the Harbour Bridge, the beaches, the cafes and the people. Learn about the city’s rich history and culture from your expert guide. Discover Sydney’s hidden delights further afield, such as Arabanoo lookouts and the Northern Beaches.

Start your journey with a pickup from your city hotel and travel by private vehicle with your personal guide through downtown Sydney. Travel through the city’s oldest precinct, The Rocks, and pass by St Mary’s Cathedral, State Parliament House, the original Sydney Hospital and the first Sydney Mint.

Learn about how this famous icon of Sydney came to be, and the controversy surrounding its construction. Get that perfect snapshot on the sweeping steps with the Sydney Harbour Bridge in the background. Marvel at the immense structure and beauty of this true wonder of the modern world

Explore the most perfect peninsula in Sydney. Named after Elizabeth, the wife of one of Sydney earliest and most influential governors, Robert Lachlan Macquarie. This perfect spot offers sweeping vistas across the harbour, with the most idyllic views over The Sydney Opera House and the Sydney Harbour Bridge. Step back in time and take a seat in Mrs Macquarie’s Chair, which was hand-chiselled by convicts into the natural sandstone rock.

Tour through the prestigious waterfront eastern suburbs of Double Bay and Rose Bay. Whether it is sailing or seaplanes, these exclusive locations have it all covered. Follow the shoreline all the way to the spectacular entrance to Sydney Harbour as you visit Watson’s Bay with its astounding views, tranquil beaches and delicious seafood. Look out at the endless Pacific Ocean at “The Gap”, the rugged ocean cliff front on the South Head Peninsula.

Continue your tour to Bondi Beach, famous for its red and yellow outfitted lifesavers and its wide expanse of golden sands. Stroll along the boardwalk and watch surfers, swimmers and sunbathers enjoying everything beach life has to offers, yet these urban dwellers live only a few miles from the city centre. Feel free to dip your toes into the Tasman Sea or go for a coffee at one of the many modern cafes along the promenade.

After lunch we head north, crossing over the Sydney Harbour Bridge, affectionately know as the “Coat Hanger”. This marvel of 1930’s engineering changed the face of Sydney forever and, nearly 100 years later, is still a highlight of the city. Hear the harrowing stories of the men who worked on the construction, and look out for the grey jumpsuit-clad people doing one of the most unique activities in Sydney, The Bridge Climb.

The north shore of Sydney is like stepping into a very different world. A more hilly terrain than the south and with many suburbs still surrounded by their original forested areas, it is sometimes referred to as the Leafy North Shore! You will stop at McMahons Point, just over the bridge, for stunning views of the harbour and a different perspective of the city skyline. Many of the Northside harbour suburbs are serviced by ferries and, as any local will tell you, there is no better way to commute to work.

Stop at Arabanoo Lookout for a glorious panoramic view of the Pacific Ocean. Hear stories of the Eora (meaning people), and learn about some of the 30 distinct clan groups who lived on the rich resources of Sydney’s harbour and rivers before the British settlement. Arabanoo, a Gadigal man, is a key character in the history of Aboriginal Sydney. He was captured and help captive by Governor Phillip in an attempt to conciliate and understand the natives.

Heading north-east we pass through to the relaxed northern beach suburbs of Queenscliff, Freshwater Bay and Curl Curl beaches before arriving at the seaside suburb of Manly. With its stretches of sunny beaches dotted with sunbathers, surfers and Norfolk Pine trees it is a far cry from the faster-paced southern shores. Enjoy an afternoon ice cream or coffee as you stroll the Manly Corso, an open air mall which connects the surf beach to the gentle harbour beach and ferry terminal

Stop at Arabanoo Lookout for a glorious panoramic view of the Pacific Ocean. Hear stories of the Eora (meaning people), and learn about some of the 30 distinct clan groups who lived on the rich resources of Sydney’s harbour and rivers before the British settlement. Arabanoo, a Gadigal man, is a key character in the history of Aboriginal Sydney. He was captured and help captive by Governor Phillip in an attempt to conciliate and understand the natives.

Ride the Manly Ferry across the Harbour

Instead of driving back to the city, you can choose to ride the famous Green and Gold Manly Ferry on a 30 minute trip across Sydney Harbour. Cruise past the Sydney Opera House and enjoy the amazing views. You will arrive at Circular Quay where you can wander this vibrant district as you make your own way back to your hotel.
AUD$12

Cruise the beautiful Sydney Harbour on a 2 hour trip and enjoy the million dollar views as you pass by all the iconic sights of Sydney.  Enjoy a delicious 2 course contemporary Australian a la carte lunch.
AUD$95

Discover the secrets of the Sydney Opera on an insiders tour

Uncover the stories, history and magic of the Sydney Opera House with a specialist one hour guided tour, taking you inside this world-famous icon.
AUD$43

Please be aware that there are around 300 steps as you move throughout foyers and spaces. While there are railings and a number of rests throughout the tour when the guide shares the stories, you will not have the opportunity to sit for any long period of time during the 1 hour tour.

Select from our wide range of Sydney Private Day Tours and NSW Road Trips to really get the most of your time in Sydney.

Visit the birthplace of Sydney, The Rocks, before enjoying a stroll around the Sydney Opera House. Take the perfect Sydney postcard snapshot at Mrs Macquarie’s Chair. Enjoy a scenic drive to Bondi Beach, Watson’s Bay and The Gap. See Sydney’s underbelly at the infamous King Cross. This 4 hour tour is a great way to get an overview of this beautiful city. 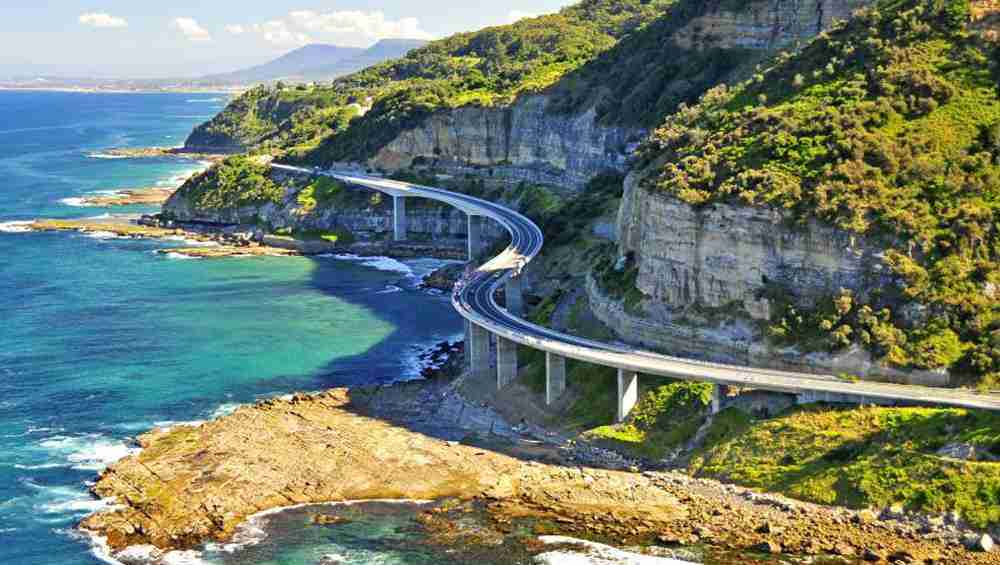 Experience the stunning beaches, countryside and beauty of the South Coast as you travel the Grand Pacific Drive. Watch the dramatic Kiama Blowhole, drive across the Sea Cliff Bridge and enjoy Kangaroo Valley, the most valley beautiful in NSW. Stroll to the top of Fitzroy Falls and visit the charming Georgian village of Berrima, deep in the Southern Highlands. 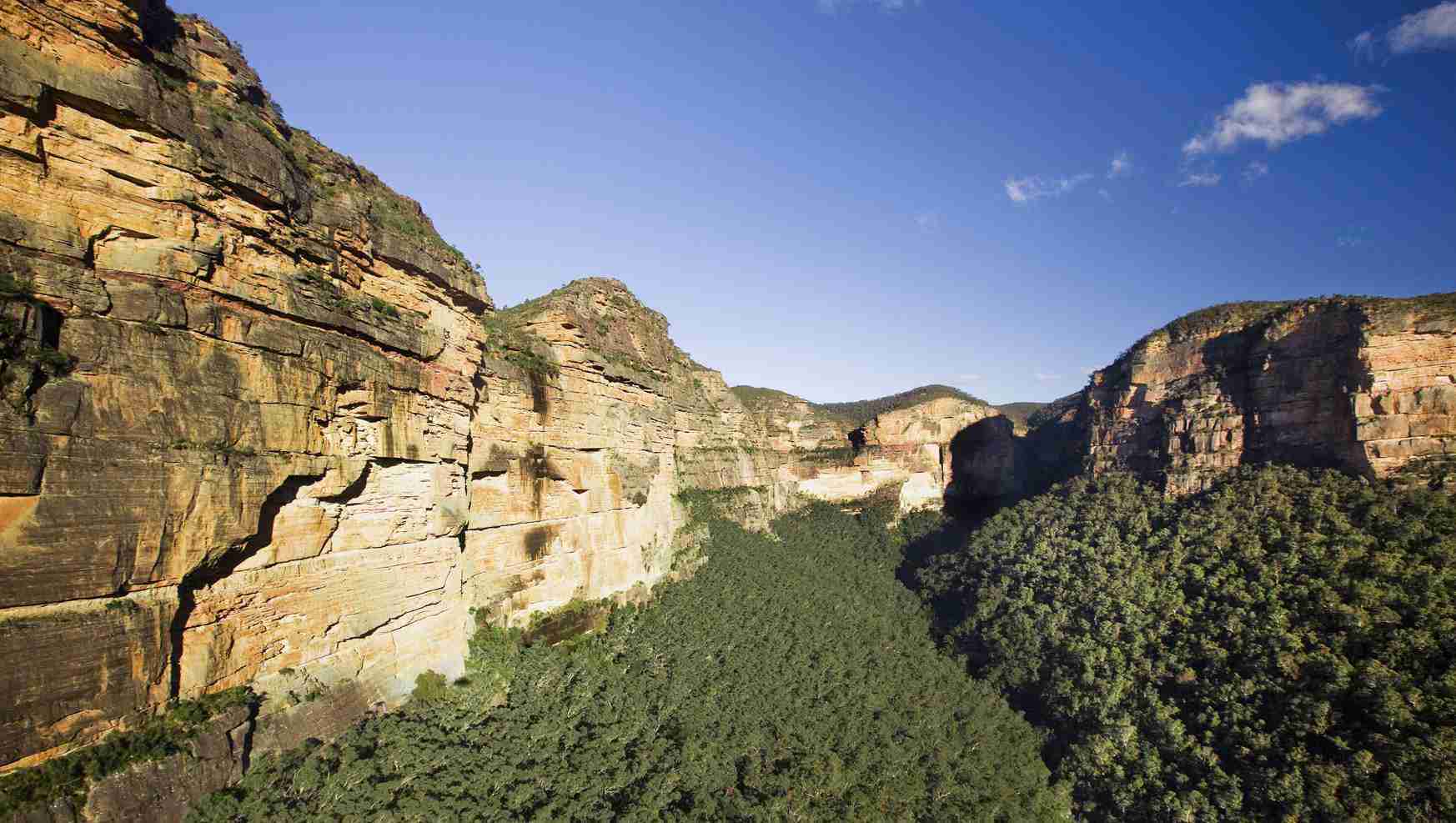 Visit the famous Three Sisters rock formation and wander the bush tracks to discover wondrous waterfalls. Take in the stunning valley views and escarpments of this World Heritage Listed National Park. Learn about Aboriginal culture and Dreaming stories. Meet a koala and feed a kangaroo at Featherdale Wildlife Park. 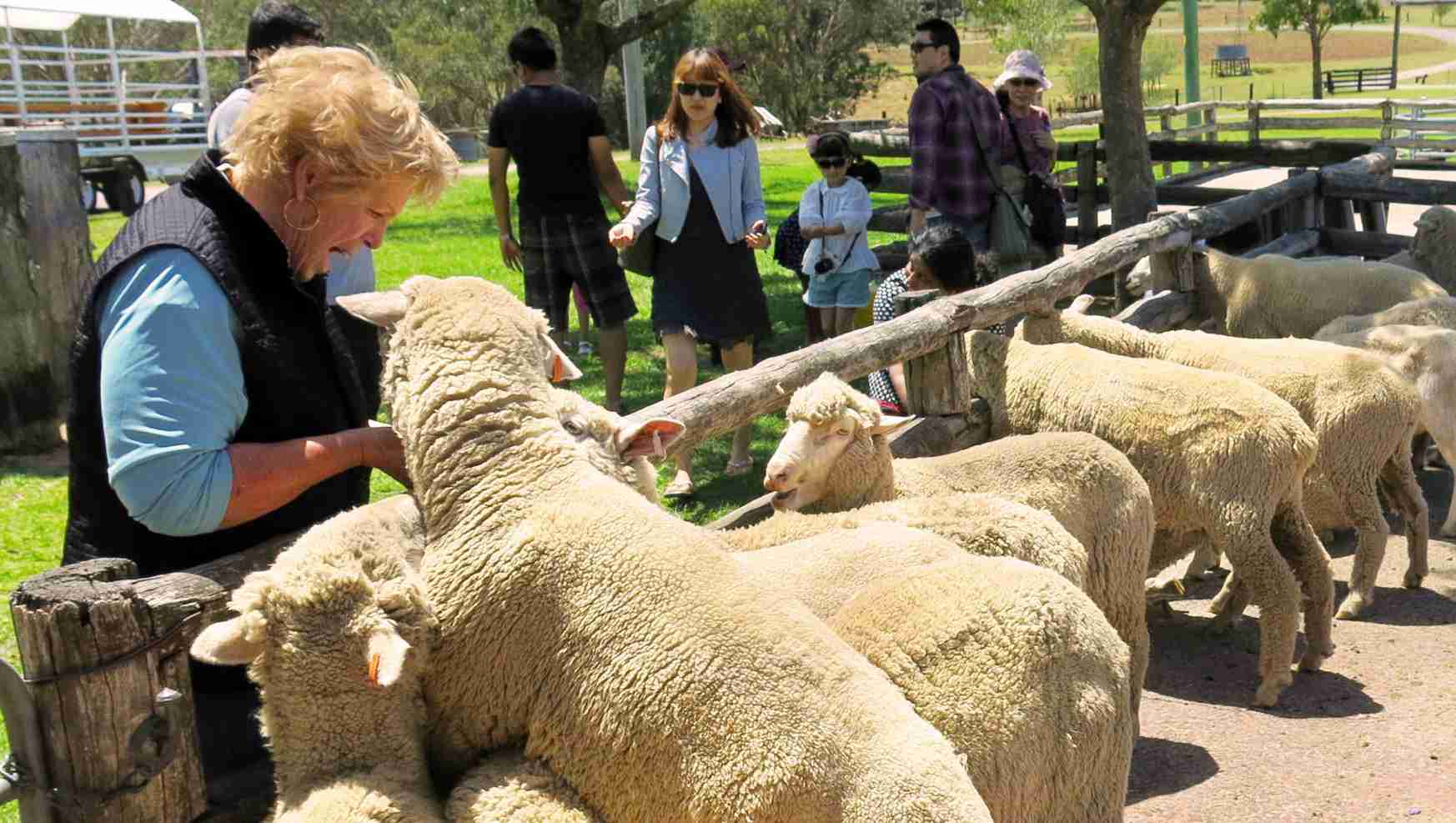 Discover the Aussie outback at Tobruk Sheep Station, a genuine working sheep farm. Learn about life on the land before you crack a whip and throw a boomerang. Watch the Australian cattle dog in action and expert sheep shearing display. Indulge in a traditional Aussie BBQ lunch with a delicious BBQ steak, salad, tea/coffee and Anzac biscuits.

Catch Us on Socials

We’re playing our part to make a positive difference to the planet. Our office is 100% powered by solar panels, we recycle all of our water bottles and supplies, our office is paperless, we bank with Bank Australia, one of the few Australian banks that does not finance fossil fuel companies and we strive to emphasise the importance of minimal impact on the places we travel.